Hi! I'm Hazel, and this is your guide to the Shadeflicker
pet battle on Argus. I'm going to start with a reliable strategy
to just beat him for your world quest Then, I'll show you strategies for every single
pet family for progress on the Family Fighter achievement. Shadeflicker lives here on Mac'Aree. In my opinion this is easily the hardest pet
boss on Argus so if you have trouble, you're not alone. If good fortune is not with you you may need
to try a strategy a couple of times before you succeed. It's gonna be OK, and we're gonna get through
this together.

First up, the dependable strategy for doing
your world quest. This will also double as the Flying strat. In your first slot, bring a flying pet with
Call Lightning. I've got a moth. In second, grab a Falcosaur with Falcosaur
Swarm. Mine is a attack breed Sharptalon, but you
might not NEED it to be full attack. In third, bring Ikky with Black Claw and Flock.

Start with the Moth or Stormwing if you're
fancy, and use Call Lightning. He uses Void Portal and brings in your Falcosaur. Use Falcosaur Swarm, and then when it's over
Falcosaur Swarm again. He once again Void Portals and brings in Ikky
this time. Use Black Claw, and then Flock. He's done for. I hope you enjoyed that because it's all downhill
from here. Next is Aquatic. In your first slot bring a Mongoose, Civet
or Otter with MORE than 328 speed, so it'll be either 357 or 374. Set that up with Gnaw, Screech and Surge. In second we've got a Gulp Froglet with Mudslide
and Swarm, and third I'm using Toothy with Rip, Surge and Blood in the Water.

Starting with the Mongoose, use Screech. He pulls in your Froglet. Use Mudslide, then pass, then Swarm. Then, he pulls in Toothy. Use Rip, then Blood in the Water, then Surge. Our Mongoose comes back and we'll use Screech
again, then pass, then Gnaw. On your Frog go for a Mudslide, but here the
Rip dot actually takes care of him first. Next up is Critters. I'm using three rabbit pets with more than
328 speed with Flurry, Dodge and burrow. This takes a quite a few rounds but you get
into a rhythm with it so it's not so bad. Start with Dodge, then Flurry, then Burrow. We basically want to avoid as much Claw as
possible, always be Burrowing while he's immune from Phase Shift and Flurry in between. He's swapped in our second rabbit and we'll
use Dodge, then Flurry twice. He swaps in Rabbit 3. Use Flurry, then Burrow. We're going to repeat those two patterns,
alternating. Dodge Flurry Flurry, then Flurry Burrow. Dodge
Flurry Flurry, then Flurry Burrow.

When his Phase Shift has two rounds left,
it's Dodge Flurry Flurry. When Phase Shift available, it's Flurry Burrow. You've got this. Next, let's do Elemental. In the first slot I'm using a Pandaren Water
Spirit with Water Jet, Dive and Geyser. My second slot is a Corrupted Blood featuring
Scorched Earth and Explode, and third is my Paradox Spirit with Water Jet, Early Advantage
and Temporal Anomaly. Start with the Water Spirit, pass the turn
and get swapped to the Corrupted Blood. Use Scorched Earth, then pass twice. He swaps in the Paradox spirit. Use Temporal Anomaly, then Early Advantage,
then Water Jet. The Water Spirit comes out and we'll use Geyser,
then Dive, then the Blood swaps in.

Use Explode. The Geyser goes off, he's stunned and he's
almost finished so just sneeze on him with Water Jet to send him home. Next is Humanoid. I am using not one but TWO Lil Bad Wolfs with
Claw, Dodge and Howl. Have one of them in front. The other pet is a Thistleleaf Adventurer
or Dandelion Frolicker, and it's gotta have more health than both of your wolves. Set that up with Bite, Frolic and Dazzling
Dance. I'm warning you right now that you gotta win
a 50% diceroll to win this one so be prepared to try it a couple times. Start with a wolf, pass and he brings in your
imp dude. Use Dazzling Dance, then swap to the other
wolf. Use Dodge, then Howl, then Claw twice. That wolf dies and the imp comess back out. Use Bite, then Dazzling Dance, then Bite again. He pulls in your remaining wolf. Use Dodge, then Howl, then Claw. He brings your imp back.

Use Bite, then Frolic, and he does need to
miss this next claw or else you're probably doomed. That would be the dice roll. Assuming you win, use Bite again and the Wolf
can finish it off with claw. If he misses Twice, you don't even need the
claw and you should probably go do some mount runs or something with all that luck. Let's move on to mechanical. My first slot is a Darkmoon Zeppelin with
Missile, Explode and Decoy. Second is a Cogblade Raptor with Batter and
Screech. Third, I've got my Race MiniZep with Missile,
Decoy and Overtune. Start with the Darkmoon Zeppelin, pass the
turn and get swapped to the MiniZep. 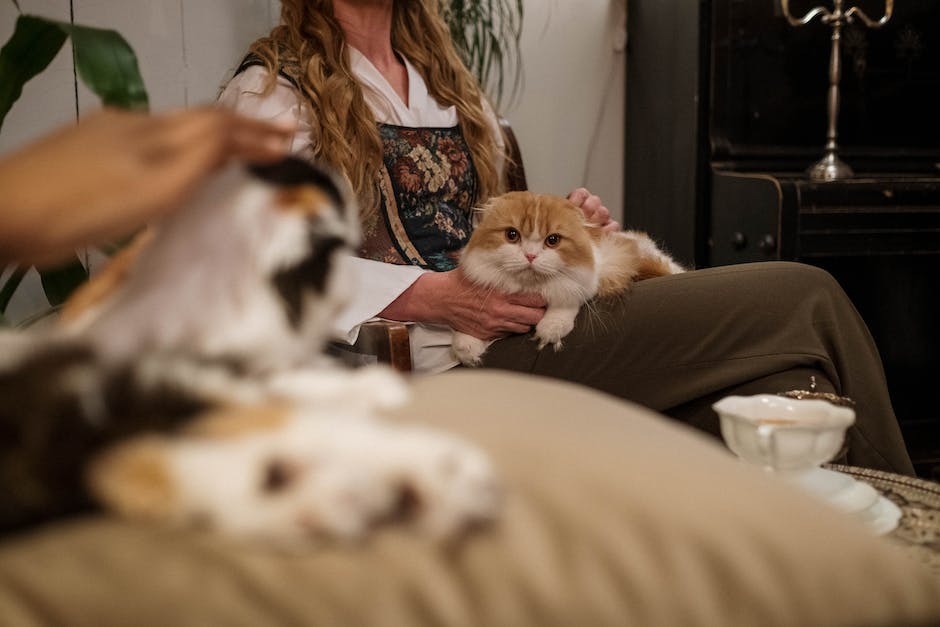 Use Decoy, then Overtune, then Missile twice
and Overtune again. Missile one more timebefore he Void Portals
in your Cogblade. Pass turns until he brings back your Darkmoon
zeppelin. Use Decoy, then Explode. Bring back the Cogblade and use Screech, then
spam Batter to finish the fight. Next, we'll do Beast. In your first slot you need a pet that has
Screech or Primal Cry and more than 328 speed. Check your pets for a Cheeta Cub, a ninja
zandalari raptor or a really fast cat. Today, I'm using my full speed Cat with Screech
and Pounce. Second and third, I'm using my Anklerender
AND my Kneebiter both set up with Black Claw, Hunting Party and Leap. Starting with the Screech pet, use Screech
and then get swapped for a zandalari. Use Black Claw, then Leap, then Hunting Party. He pulls in your other raptor, and you'll
use Hunting PArty there too. He kills that when he sapws it for the Cat,
where we once again use Screech.

Pass the round after that, then pounce. On my final raptor, one more Leap finishes
the fight. Next, dragons. My first slot is Chrominius with Howl and
Surge of Power, while second is a Nether Faerie Dragon or Sprite Darter Hatchling with Arcane
Blast, Life Exchange and Moonfire. . Third, I've got a Twilight Clutch Sister
with Tail Sweep, Prismatic Barrier and Twilight Meteorite. The faerie dragon must have less health than
your Clutch Sister. Start with Chrominius, pass your turn and
get swapped for the Clutch Sister. Use Prismatic Barrier, then swap to the Faerie
Dragon. Use Moonfire, then Arcane Blast, then Life
Exchange. He swaps you back to the Clutch Sister. Put Prismatic Barrier back up and swap to
Chrominius this time. Use Howl, then Surge of Power. When he dies, bring in the Faerie Dragon and
pass the round. That dies and the Clutch Sister gets brought
back, still at full health.

Use Barrier, then pass, then Twilight Meteorite
to finish the fight. Annoyingly enough not once did we get to benefit
from our Dragonkin damage bonus. Next is Magic. I've got my Faceless Mindlasher with Tentacle
Slap, Inner Vision and Illusionary Barrier. Second is the Mini Mindslayer with Eyeblast,
Amplify Magic and Life Exchange. Third, a Lesser Voidcaller with Shadow Shock,
Prismatic Barrier and Curse of Doom.

Start with the Mindlasher, pass the turn and
get swapped to the Voidcaller. Use Prismatic Barrier, then swithch to your
Mini Mindslayer. Use Eyeblast, then Amplify Magic, then Life
Exchange. Pass the turn, and he'll swap in your Voidcaller. Use Curse of Doom, then PRismatic Barrier,
then swap back your Mindslayer. Eyeblast again, then Life Exchange, then Amplify
Magic. He brings in the Voidcaller. Curse of Doom, then Prismatic Barrier, then
we'll stick with our void caller and start spamming Shadow Shock. If he does different amounts of damage with
Claw and starts pulling in different pets than you see me getting, don't panic.

Mindlasher and Voidcaller both have Prismatic
Barrier so you can ad lib a little while still keeping the main rhythm of the strategy. Ca
Last is Undead. I'm using a Frostwolf Ghost Pup with Ghostly
Bite, and second is the Ghastly Kid with Diseased Bite and Haunt. Bizarrely enough you can take Ethereal but
we won't use it. Third is a Blighted Squirrel with Adrenaline
Rush and Stampede. My squirrel is actually the least optimal
breed for this and he still does fine so don't go fretting about your squirrel. Start with the Ghost Pup and get swapped to
the Ghastly Kid. Switch right away to your squirrel. Use Adrenaline Rush, then Stampede. He swaps in your Ghastly Kid, at which point
we use Haunt. Bring in your Ghost Pup and use Ghostly Bite,
then pass the round. on your squirrel, use Adrenaline Rush, then
Stampede. This looks bad but remember that our Ghastly
Kid is just pretending to be dead. The Kid gets swapped back in and we'll use
Diseased Bite twice. We do technically die but he dies before we
double die so as far as the game's concerned, we won.

Good enough for me. So, that's Family Fighter Shadeflicker! I'm seriosly considering boycotting his world
quest just because I never, ever want to see this lizard again. Thank you so much for watching. Subscribe for the rest of the Family Fighter
guides and other super cool WoW videos. Let me know what you think, share your own
strategies in the comments if you like and have a wonderful, wonderful day.