Hi! I'm Hazel, and this is your guide to the One
of Many pet battle on Argus. That is both the name of the boss and it's
a true and slightly grammatically incorrect statement. We'll start with a quick strat for World questing,
then go through teams for every single pet family for progress on the Family Fighter
achievement. One of Many lives here in the Antoran Wastes. Looking at these things makes me deeply uncomfortable
so I will be glad to smack it around with some bunnies. First up, the fastest strategy for everyday
world questing, which also doubles as the Beast strategy.

We're using a zandalari raptor with more than
281 speed with Black Claw, then a Giraffe Calf with more than 281 speed or a Summit
Kid and you want that set up with Stampede. For the third pet you can just grab any beast. You're gonna hear that more than 281 a lot
this video just because that's how fast he is and for once it's a reasonable bar to beat.

Starting with the raptor use Black Claw and
proceed to get smoked by the cannon. Bring in the Giraffe and Stampede him to death. It's like the Lion King but less sad. Next we'll do Aquatic. I'm using my Ghost Shark with Huge Sharp Teeth,
Blood in the Water and Dive, then a speedy frog with Tongue Lash and Swarm. By speedy I mean over 281 speed, which can
be tricky to find in a frog. Mojo is an easy pick since he will always
be fast enough. Starting with the Ghost Shark, use Dive to
avoid the Cannon. Next we're going to use Huge Sharp Teeth,
then Blood in the Water, then Teeth twice more before you Dive again. Then it's Blood in the Water one last time
before you eat the Antaen Cannon. With One of Many over halfway done it's time
to bring in a frog, use Swarm of Flies and Tongue Lash your way to victory.

He's got like six heads but he can't deal
with tongues. Figures. Next we have Critters. I'm using a Rabbit with Flurry, Dodge and
Burrow, then a Marsuul with Flurry, Burrow, and Feign Death. You could swing it with just rabbits, or just
Marsuuls, I'm just excited to spend time with my new Marsuul buddies. Starting with my bunny I'll use Burrow, then
flurry, then dodge. Flurry three more times, then burrow to deny
him a heal. He wrecks you with cannon but he's over halfway
doomed so no worries. On my Marsuul I'll use Flurry twice, then
Burrow, then back to Flurrying. Turns out I didn't really need Feign Death
but it's nice to have handy in the event of a Cannon emergency. For the Elemental strategy I have a Sproutling
pet with more than 281 speed set up with Lash, Refuge and Fist of the Forest.

Second slot is my Cinderweb Recluse with Skitter
and Paralyzing Venom, while third is the classic Pandaren Water Spirit with Water Jet, Dive
and Geyser. Starting with the Sprouting use Refuge, then
Fist of the Forest, then swap to the Cinderweb Recluse. I'm going to use Paralyzing Venom on cooldown
and mash Skitter in between. When the spider dies I'll bring back the Sproutling,
use Fist of the Forest again, Lash once then use Refuge. Lash three more times then one more Fist of
the Forest before the Sproutling dies.

The boss is almost done but he does have Cannon
back up so we'll dive first, then use Water Jet to finish the fight. Next up is Humanoid. In the first slot bring a pet with Wild Magic
and over 281 speed such as the Ashleaf Spriteling, the Corefire Imp or even the Diablo 3 Treasure
Goblin. In the second slot, you want Squirky with
Bubble and Stampede. Starting with the Spriteling, lay down Wild
Magic then die horribly to the cannon. Bring in Squirky, use Bubble then Stampede. When the stampede is over, stampede again. It worked the last time. Next, we'll do mechanical. I'm using a Draenei micro defender with Metal
Fist, Reflective Shield and Ion Cannon, a Pocket Cannon with Explode and then a Mechanical
Frostboar with Missile and Decoy but that third slot is pretty flexible. Starting with the Micro Defender, we're going
to do something very fun which is use Reflective Shield and reflect his Antaen Cannon. That maxes out the amount of damage you're
allowed to do in one turn and MAN does it feel good. 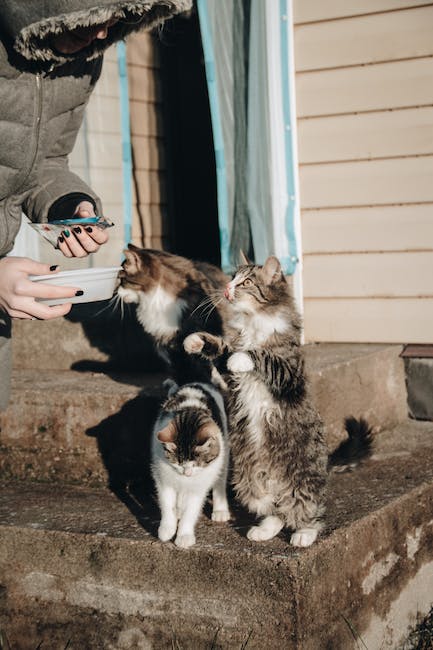 Then, use Metal Fist followed by Ion Cannon
to really max out your mileage. With that done, bring in the Pocket Canon. Pick any damage shot, doesn't matter and press
it four times for two shots, then Explode. The Frostboar comes out and we're almost done
so I'll sling a couple of Missiles at him. If it was less close you might consider throwing
up a safety decoy. Next up is Dragonkin. I'm using my Twilight Clutch-Sister with Twilight
Fire, Phase Shift and Twilight Meteorite, Yu'la with Breath, Celestial Blessing and
Life Exchange, and a Sprite Darter Hatchling with over 281 speed set up with Arcane Blast,
Evanescence and Moonfire. The Sprite Darter could be a Nether Faerie
Dragon with the same moves as long as the speed is greater than 281.

This one is kinda long so bear with me as
a I put a massive paragraph of move order on your screen. Starting with the Clutch Sister use Phase
Shift, then Twilight Fire – Twilight Meteorite and Twilight Fire again. Swap to the Yu'la. Use Celestial Blessing, and then a big Life
Exchange. Then swap in the Sprite Darter. Use Evanescences, then Moonfire, then Arcane
Blast three times. And again. Evanescence, Moonfire, Arcane Blast until
your Faerie Dragon dies. He just used Cannon so I'll bring in Yu'la,
use Breath twice, then Celestial Blessing. Baby Life Exchange, then Breath until Yu'la
dies. Our Clutch Sister is still clutching on Twilight
Fire, then Phase Shift, then Twilight Fire followed by Meteorite does the trick. It's probably OK if you lose track of your
move order – just dodge cannons and do damage as best you can and get at least one juicy
early Life exchange.

I believe in you. Next is Flying. In my first slot is a Skyfin pet with Wild
Magic or you could use a moth with Call Lightning and second is our best bud Ikky with Black
Claw and Flock. Any flying third will do. This is considerably simpler than the dragon
fiasco. Use Wild Magic, and the skyfin dies. Then it's Black Claw and Flock to rescue. Ikky is truly the Anklerender of the skies. Next we've got Magic. I'm using an Eye of Observation with Lens
Flare and Powerball, a Spectral Porcupette with Powerball, Spirit Spikes and Illusionary
Barrier and third is any Surge of Power pet with a spammable damage move. I used Empowered Manafiend due to his strong
attack stat. Starting with the Eye I'll use Powerball three
times, then Lens Flare. That reduces his hit chance by 50%, which
can be very nice. After lens flare go back to mashing Powerball
and using Lens Flare on cooldown. Depending on your luck, you should get the
boss to about half health.

With the Porcupette, you want to take a look
at the cooldown of his moves. Use Illusionary Barrier when there is one
or zero rounds remaining on his Cannon cooldown. If there was one, you want to pass the following
turn so it eats both the Consume and the Cannon. Then, Powerball twice before setting up a
Spirit Spikes. That'll reduce the damage you take from that
consume, which reduces his heal. Then it's back to spamming Powerball, and
again use the barrier when there is one round left on his Cannon cooldown. The cooldown tracker you see here is part
of the PetTracker addon pack. When your Porcupette dies, bring out the manafiend. Your job is to Arcane Blast him into Surge
of Power range, which here took about two Arcane Blasts. Last up is Undead. I'm using a Fragment of Desire with Reflective
Shield and Soulrush, a Ghastly Rat with Flurry, Swarm of Flies and Crouch and in third I have
the Ghastly Kid.

That goat is nice for this fight but as it
turns out I didn't need him. Start with the fragment, use Reflective Shield
to reflect his cannon and then Soulrush on your bonus Undead round. Bring out the Ghastly Rat and use Swarm of
Flies, then Crouch, then start flurrying. If you have bad luck with Flurry you might
need to give him a nice Hoof with the Goat and you do have Ethereal just in case you
need to block an emergency Cannon.

Always be prepared. So, that's Family Fighter One of Many! Thank you so much for watching. Subscribe for the rest of the Family Fighter
guides and other super cool WoW videos. Let me know what you think, share your own
strategies in the comments if you like and have a wonderful, wonderful day. Bye!.