– Do animals reincarnate? And how does that work
or what is happening? You guys said you wanted
me to answer this question, so today, I'm gonna answer it based on my 20 years of experience as an animal communicator. (gentle music) Alright, so this one time
I was doing a radio show. It was a radio, I don't
remember what radio show it was, but it was one of those ones where as an animal communicator,
they're interviewing me, they're asking me how did I get started in animal communication? How did I know I was psychic? Was I always sensitive? It's that kind of thing.

So we go through that
whole back and forth, we talk about animal lessons, which is, my belief based on what
the animals that told me that they're here to help us grow and help us become our best selves, we go through all that. And then we get to the
part of the interview, where we're taking callers. Now, as somebody who's psychic, I don't need to have an
animal and a human with me in order to clue in to what's going on, I can connect in just as soon
as the person's on the phone and they ask their question.

So, this woman gets on and she says, "My cat died, and I just miss him. "And I talked to an animal communicator, "and they said that he's gonna
come back in three weeks. "And so I want you to tell me, "how do I know which cat he's gonna be? "I'm pouring over Petfinder, "I'm trying to figure this out, "and I just don't know where to look." Okay, so first of all, a lot for a 30 second psychic, "Hey, we're in a radio show, "and I'm gonna give you a quickie." But, when people are in pain and they're missing their animals, they're gonna do whatever they can to try and find their animals, to try and relieve the pain, to try and help the grief, so I get it. So I explained to this woman, "Okay, well, in my experience, "animals absolutely do reincarnate, "they've shown me that they reincarnate, "they've been able to give me information "about past lives that
somebody already knows about.

"They definitely reincarnate." So it is possible, call her in or person on the radio show, that your cat will reincarnate. In fact, I fully believe
your cat will reincarnate. And she's like, "Okay, well
he's coming in three weeks? "Do I need to know? "Cause his animal communicator said, "he's coming in three weeks." And so I'm like, "This doesn't fit with what I know, "so I'm gonna go and I'm
gonna connect with your cat." So I connect, sorry, stuff in the room, So I connect with her cat, and that cat had crossed over, I'm connected and I'm
talking to him intuitively, and he's telling me stuff about their life together, and how he feels and, how he feels about her, and the gratitude and everything, and how he's worried about her.

And he's talking a lot to me and I'm sharing with her on the radio, that he's worried about her because, he had been crossed over for a long time. I think it was like
two years or something. And she was still every day, grieving and grieving
and grieving for him. And so I'm sharing this with her and she's like, "Yeah, yeah, yeah. "But I just want him to come back. "I just need him to come back, "and he's gonna come back in three weeks, "and I know it, and so I need
to know how to find him." And so I'm talking to this cat, let's call him Sam, if you know me at all, you know that I have
no memory of any names.

It's a big enough deal that
I can remember anything that's ever happened in a reading. So we're gonna call him Sam the cat. So Sam the cat says to me, "You know Danielle, she's so
attached to me physically, "that I couldn't any longer "help her grow and evolve, "because everything was about me, "and it was about our relationship, "and it was about whether
or not I was okay. "And I really felt like
I was holding her back "by being in this physical body. "So I crossed over and
I now want to help her "from this side. 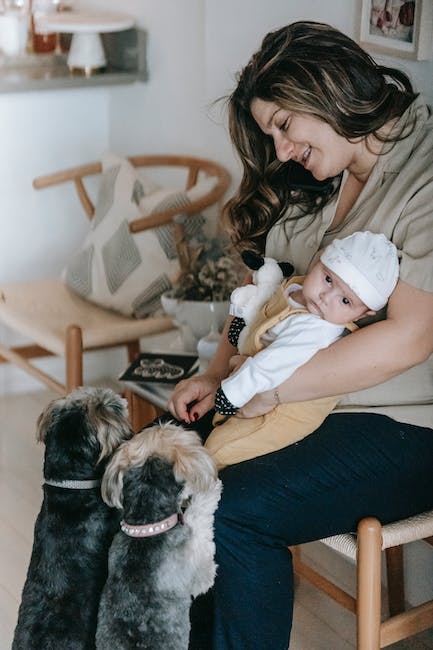 "I can do more to help
her from this side," meaning the other side,
the crossed over side, "than I was able to do any longer in body. "So yeah, I'm gonna reincarnate, "but I'm not gonna reincarnate
until the next lifetime." And this is the thing that
animals tell me all the time, they reincarnate per human lifetime, they're part of our soul family, and so they come back with us just like when I reincarnate
in my next lifetime, my dog will reincarnate with me. Maybe she's my dog, maybe she's not, but she'll reincarnate
into that lifetime as well. She's part of my soul family. We as humans, we want our
animals to reincarnate in the same lifetime, like a week later, 'cause we're grieving and
this is really what we want.

So he says, "I'm not coming
back in this lifetime. "When she reincarnates, I'll be back." And so I tell her and she's like, "No, this I do not accept that. "I do not accept that,
it is not okay with me, "that other animal communicator said, "he's coming back in three weeks, "and that's what I'm going with." And, 'cause that's what she wanted. And it's hard, here I
am on this radio show, I'm trying to deliver this information that she did not wanna hear, there's a time limit on
information on a radio show anyway. So I hear her say, "I don't accept this, "this isn't okay." So, I go back to the Sam the cat, I'm like, "Sam, you're
hearing what's going on, "obviously she's not accepting this, "this isn't okay with her. "She wants a different outcome. "She wants you to reincarnate
in this lifetime." Now this is where it's just so cool that, our animals know us so well, because this is what he did.

He goes, "Okay Danielle, you can tell her, "I will reincarnate
back into this lifetime "that she's in right now. "I will do that if she does her work." And I was like, "Okay,
well I've got to say this "on the radio, so give me, "tell me what her work is, so I can, "just help her right away." So she goes, sorry, So Sam goes, "Her work is
learning to be independent. "Her work is learning to feel good "about being on her own. "When she feels that, "for real believes it, "and isn't just saying it to get me back, "but actually totally believes it, "I will reincarnate and I
will come back into her life." So it's pretty cool.

So he gave her her work to do, this is her soul level work, this is a soul lesson she needs to learn, she felt good, "All right,
I'm gonna go and work on that, "I'm gonna do that." But isn't it cool, that
now he's still helping her from the other side. He basically used me to say, "Go do your work human." And she's like, "All
right, I'm gonna do my work "because it means I can get you back." But the funny thing about her work was, when she does her work and she feels good
about being independent, and on her own, she'll have moved through her grief, and she won't need him any more.

And then my guess, cause he and I didn't talk
about this on the radio, my guess is that Sam the cat, will then have no need to come back until the next lifetime. (gentle music).